Japan: land of samurai, cherry blossoms, land of ancient traditions and great charm.
Japan: more than 30 years of Formula 1 history, here in 1976 was played the final chapter in the battle between Lauda and Hunt in the track under Mount Fuji, who consecrated Hunt world champion after the retirement of Lauda for the lack of security of a track bombarded by incessant rain.
Suzuka: yesterday our Luigino (Hamilton) won the race, and right here in Suzuka equaled his idol Ayrton Senna, reaching 41 victories.
That said the yesterday’s race was actually quite flat. Have made headlines only the team radio of Alonso who called his McLaren and the situation “embarrassing” while he was overtaking and then immediately added that this is an engine from GP2! For the rest zero overtaking, zero emotions, if not the usual Max Verstappen, who always gives us “video game overtaking”, otherwise some overtaking in the pits stops and then nothng. We found pretty the complicity on the podium between Hamilton and Vettel while they were joking with champagne as then it’s sad that they have ruled out Rosberg who was standing on the sidelines to rosicare. Do we want to comment on the scene between  the 3 on press conference? Vettel launches a joke to Rosberg on tire pressure, he stiffens and says nothing. Falls from freezing for a few moments in the conference room, given the embarrassment, Vettel says immediately that he was joking and finally Hamilton took over the situation and ask if there are other questions. Embarrassing!
Let us then, as good image consultants, professional comment: but whatever is it combined the guy who did the interviews on the podium? Ok be characters, but take some clowns!?!?!? Sweatpants green printed with a pretty small field and combined with yellow shirt untucked and reach a tie yellow and blue flowers ??? It was to get drunk  drinking a bottle neck of Mumm to forget! Even the reporter of Sky is appalled … not to mention the many people under the podium that pointed at him laughing heartily.
We conclude by quoting the beautiful phrase, in our opinion, the Italian-Japanese Mario Miyakawa Sky guest: “Hamilton is a true champion, a great driver, a true professional who works hard on the track, precise, careful and know how to live off the track the youth of his years. ”
Applaud Miyazawa,this serious professionist who, with a few words, has framed good the character Hamilton pointed out that for which we like and dislike in general. It is a hard worker but he also knows to enjoy life and let go at the right excesses that his age requires.
They should all take example from him and become a bit more characters.
We like the samurai but it also takes the flip side, we like who makes us dream. 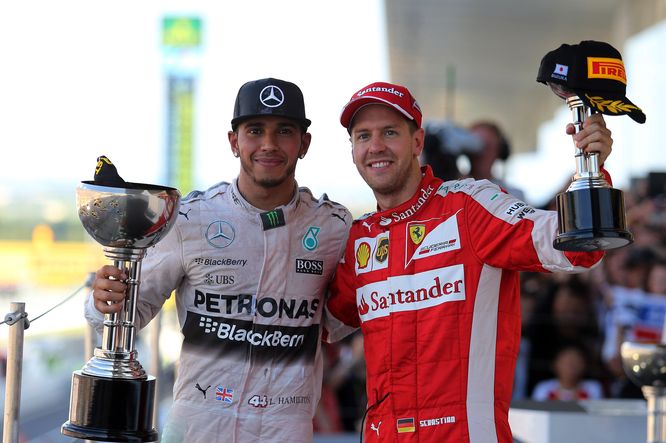 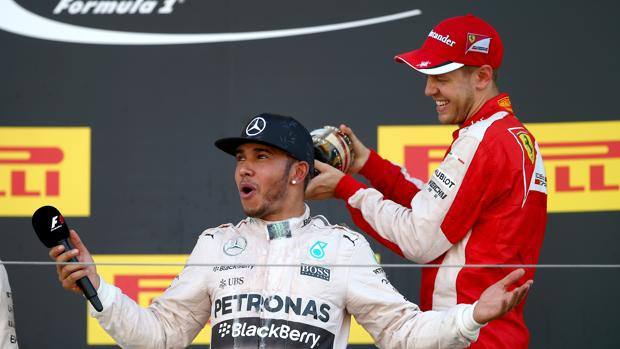